Template:InfoboxTeagan Croft is an Australian actress. She played Bella Loneragan on Home and Away in 2016.

Teagan Croft's career began when she played the part of Scout Finch in a theatrical adaptation of To Kill a Mockingbird at the age of nine.[2][3] She garnered enough attention to land the lead role in the film The Osiris Child.[4] She was cast as the DC Comics character Raven in a TV show adaptation of Teen Titans called Titans.[5]

Croft has two sisters. She also writes her own songs and is an avid book reader.[6] she moved to Chicago, Illinois, in 2016. She is the niece of Home and Away stars Penny McNamee and Jessica McNamee. 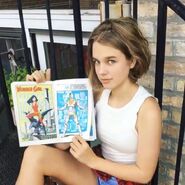 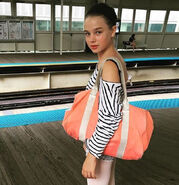 Teagan as Rachel Roth/Raven in Titans 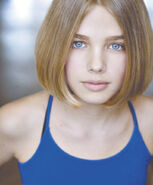 Add a photo to this gallery

Retrieved from "https://homeandaway.fandom.com/wiki/Teagan_Croft?oldid=16709"
Community content is available under CC-BY-SA unless otherwise noted.